For over 22 years she was a weekly columnist for the Littleton (MA) Independent and its sister newspapers. She was known as “Littleton’s Erma Bombeck” and has been a popular speaker on family life topics. She has collected a few of the columns into a book.

Someday We’ll Laugh About This

She believes in “(p)utting a humorous twist on daily life, [which is cheaper than therapy, safer than demon rum or illegal pharmaceuticals] …Either to keep her sanity (her excuse) or as revenge (her kids’ version) she wrote about: 13 cats, 3 dogs, 1 husband, 2 daughters, a bunch of goldfish, a community church, humorous vacations, household appliances, and a house constantly under renovation.” (from the back cover) 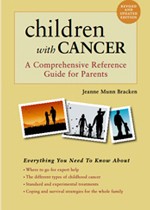 What does an award-winning librarian do when she can’t find information? She researches and writes a book.

Jeanne wasn’t interested in history in school: all dates and battles. But after working for over 30 years at public library reference desks, she finally figured out that history is people, and people are inherently interesting. She edited several books for Discovery Enterprises (now History Compass of Auburndale, MA): 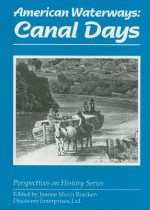 The remarkable engineering feats of American canals, the improved transportation and travel opportunities, and the daily lives of the “canallers” are recorded through firsthand accounts and illustrations. 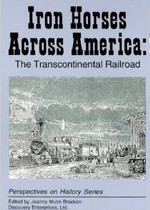 The building of America’s railroads changed the face of the nation. Through photographs, maps, newspaper accounts, letters, and journals, this anthology takes a look at the people who built the transcontinental railroad and its effect on the economy, the law, scandals associated with the railroad barons, and the daily lives of the people involved. 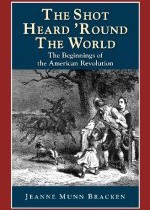 The Shot Heard ‘Round the World: The Beginnings of the American Revolution

The beginnings of the Revolutionary War at Lexington and Concord come alive through personal narratives from participants and observers and through primary sources representing British and Colonist points of view. Historian Jeanne Munn Bracken describes the events leading up to the revolt in her essay, “The Seeds of Revolution.” Also included are excerpts from Paul Revere’s Reminiscences, poetry of H. W. Longfellow, the origins of “Yankee Doodle,” and more. 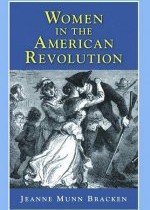 Women in the American Revolution

“Women in the American Revolution picks up where usual historical accounts of the Revolutionary War leave off — with the varied roles and contributions of women in camp, on the homefront, and serving as spies, messengers, and soldiers. This anthology of letters, journals, and eyewitness accounts tells a part of the story of women who helped on both sides of the war, from colonist Molly Pitcher to Hessian Baroness von Riedesel, from messenger Deborah Champion to soldier Deborah Sampson.” 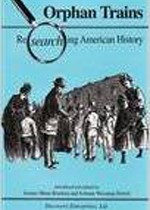 In 1853, Rev. Charles Loring Brace founded the first of many orphanages and social agencies to provide for the homeless street children in New York. Noting the need for laborers and the desire for more children in other parts of the country, Brace’s Children’s Aid Society began to “place out” children to families in more than 40 states. Eventually, thousands of children travelled to their new surroundings on what came to be called “orphan trains.” 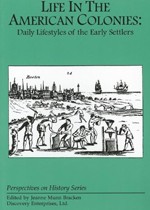 Life in the American Colonies: Daily Lifestyles of the Early Settlers

The life of the colonists was far from leisurely. Colonists worked hard at everything they did, from keeping a fire going to tilling the fields. Take a glimpse at colonial life through the words and eyes of those who actually lived in the colonies. 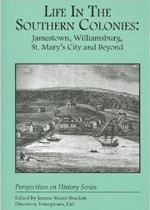 Life in the Southern Colonies (Perspectives on History)

An anthology of sources relating to the earliest southern towns and colonies through selected documents of colonial founders, indentured servants, and slaves.